The American Women’s Hospitals (AWH) organization was founded by women physicians in 1918 to provide medical care to the people of war-torn France during World War I. AWH subsequently established hospitals in other parts of Europe and Western Asia, continuing to provide medical care to devastated populations after wars and conflicts had officially ended. On the heels of their work abroad in places like France, Greece, and Turkey during and after World War I, the leaders of the AWH turned their efforts inward, taking a look at what was occurring in their own backyard. The AWH concluded its help was most needed in United States, in a region known today as Appalachia.


Appalachia is a rural, mountainous area spanning several states, including parts of Kentucky, Tennessee, the Carolinas, West Virginia, Virginia, Alabama, Mississippi, and Georgia. AWH concentrated their efforts in Tennessee, the Carolinas, and Kentucky. Even before the Great Depression of the 1930s, Appalachia was a relatively poor, rural area of the country and was geographically isolated, with few roads or means of transportation in or out of the area. The economic crisis of the Great Depression only increased the severity of the region’s poverty and exacerbated the lack of quality education and healthcare.

Institutionalized, organized public health initiatives in the U.S. had taken hold in the late 19th century, but most activity was taking place in urban areas in response to the fast-growing populations of major cities. Rural areas like Appalachia remained neglected due to their isolation and limited access to major roads and railways. Yet rural populaces needed quality, affordable healthcare as much their urban counterparts. Medical science was advancing towards greater understandings of nutrition and preventive medicine, but Appalachia’s country doctors, limited by poverty and geographic remoteness, did not have access to the latest information. Malnutrition-related diseases like Pellagra and highly contagious diseases such as typhoid, tuberculosis, and diphtheria were rampant in the region. Into this remote, poor, and rural environment, the AWH forged a ground-breaking path of establishing a mobile health clinic on wheels--the “healthmobile”-- and an aggressive nutrition education campaign. 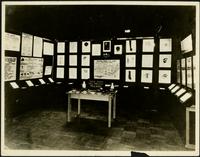 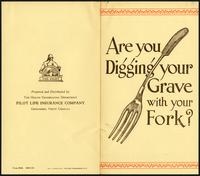